Estimating the Impact of Extension Activities

Extension teams are made up of awesome people trying to do amazing things, but how we measure the impact of the work these teams are doing? 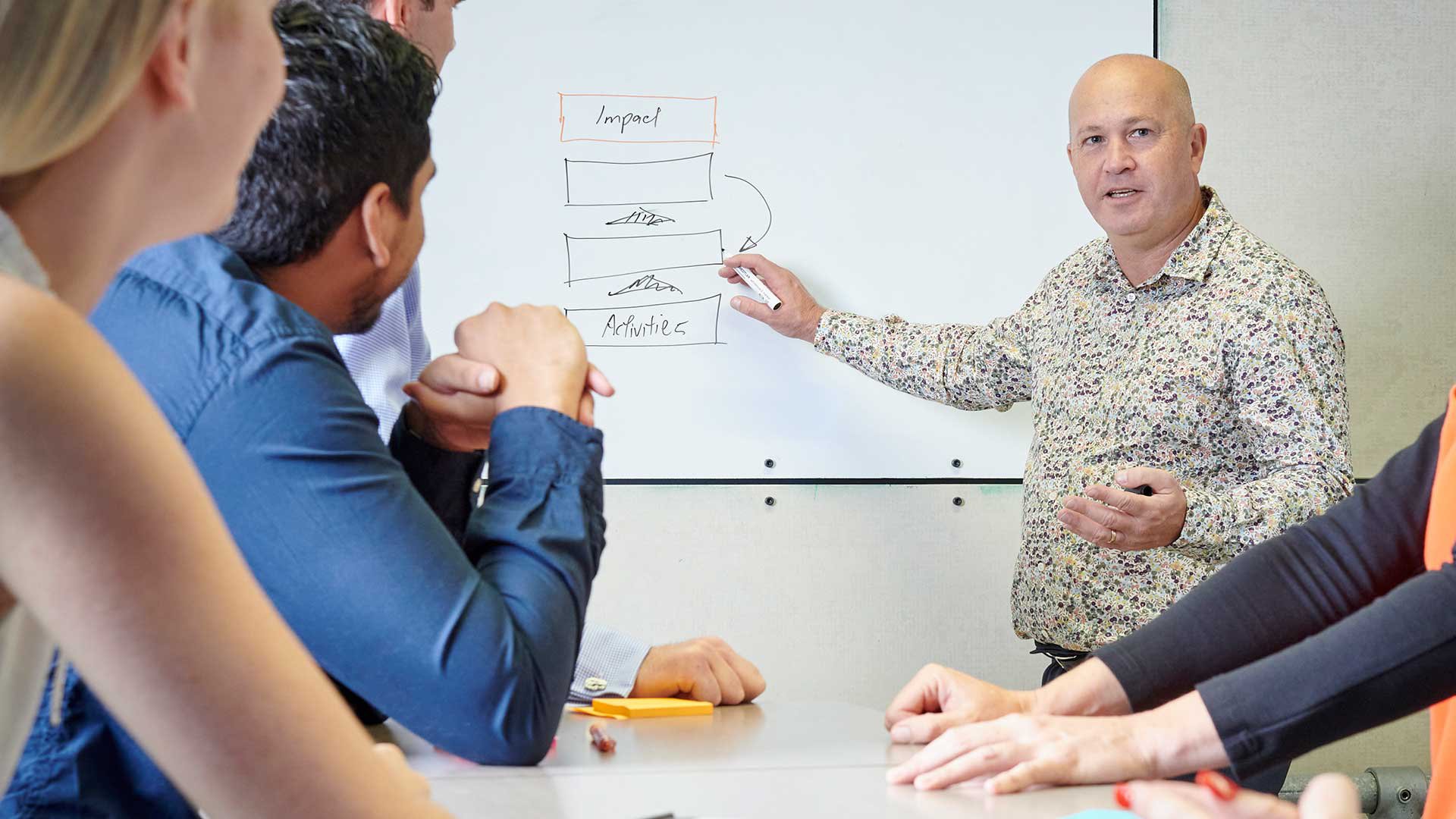 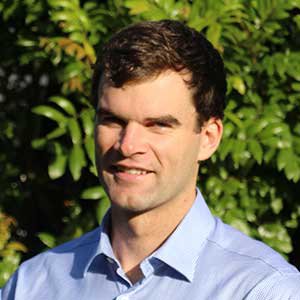 Extension teams are made up of awesome people trying to do amazing things, but it can be difficult to measure the impact of the work these teams are doing on the intended financial, environmental, and/or social outcomes.

This matters when extension teams are discussing the return on investment (ROI) with investors at the start or end of the project. The lack of good and accessible information to estimate the ROI could mean that projects which should have been funded were not, or projects that should not have been funded were.

There are three challenges associated with collecting the information useful for these discussions:

Modelling can be seen as complement measurement in an evaluation of extension activities to address these challenges. 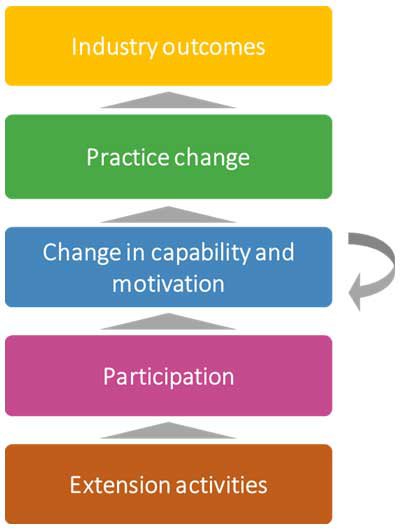 The ‘QUICK’ – Quantifying and Understanding the Impact of Capability and Knowledge – modelling framework has been developed to quantitatively characterise the causal chain depicted in intervention logic models (see image above); training leads to changes in capability and motivation, which leads to practice changes, which leads to better outcomes.

The key logic for underpinning the QUICK framework include:

This is an immensely complex system; however, a lot of the complexity disappears as soon as the modelling scope is reduced from the whole system, down to an individual level.

The QUICK framework has been constructed using an agent-based approach where the above logic of participation is repeated for each individual in a virtual population where participation is randomly initiated depending on several factors. Effectively, this approach creates a virtual database of all the practices and the changes that are occurring for different segments of the virtual population at different points in time.

As is the case with most forecasting activities, there is a certain level of uncertainty which must be addressed by the QUICK framework.

The approach to handling uncertainty in the QUICK framework suggests that the approach would be better described as semi-quantitative, where ‘semi’ refers to the preference to have inputs and outputs as ranges rather than a single number.

The framework is more interested in being robust in the approach and confident that the outcomes fall within a range rather reporting outcomes as a precise number.

Applications of the QUICK framework

Despite the historic application in New Zealand’s primary industries, the QUICK framework is robust enough to be applied in any extension context which targets a change in behaviour.

Watch a presentation on the QUICK framework

Check out Adam's presentation, which covers the QUICK framework in more detail and discusses its application, to the Ministry for Primary Industries’ Extension Services programme.

Interested in estimating the impact of your extension activities?

A great survey does more than collect valuable insights. But how do we keep people engaged?

How Conjoint Analysis Helped Santa and his Elves

A conjoint analysis survey uses trade-offs as a way for people to indicate their preferences. Find out what value Santa's elves place on their wellbeing and the environment.

How Effective is Your Wellbeing Programme, Really?

An effective wellbeing programme involves a lot more than encouraging people to move and eat their veggies.